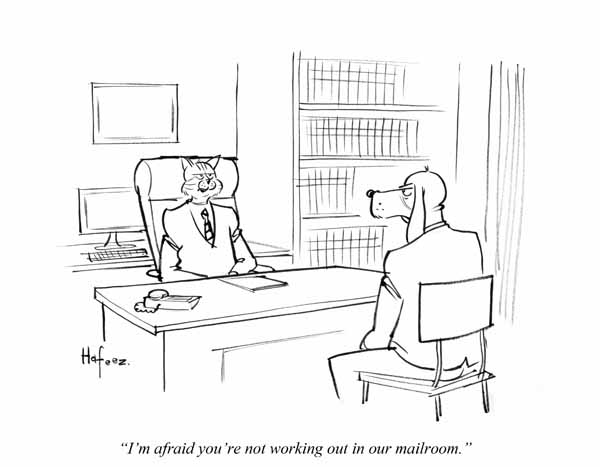 Congratulations to Van Scott of Pollok, TX for his winning entry, “I’m afraid you’re not working out in our mailroom”, which received a total of 3 votes out of 9 responses. The two runners up were, “What is this I hear about you barking orders”, and “You always stick your nose in everyone’s business”, which each received 2 votes. I’ll be including this cartoon in my submissions to editors and if it sells, Mr. Scott will receive a check for 30% of the proceeds.

Mr. Scott is no stranger to receiving checks for 30% of the proceeds of a cartoon sale, because he is, in real life, a successful gag writer. And one whose work I have had the pleasure of selling to editors. One of my favorites by Van Scott published in Harvard Business Review in September of 2012: 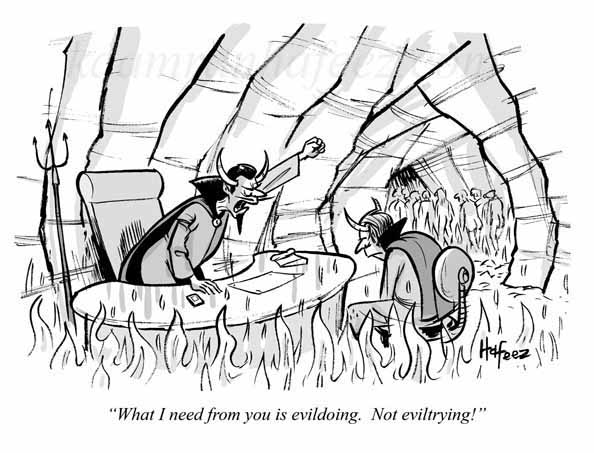 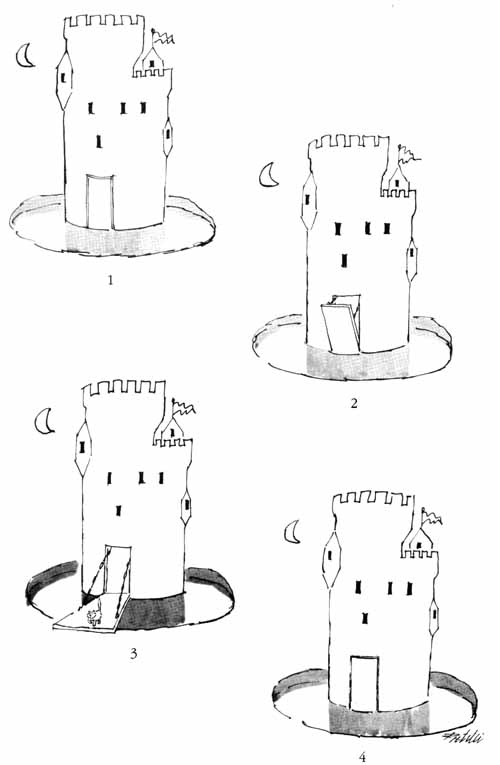 A terrific gag and, for me, one of the most memorable from the book. And also: 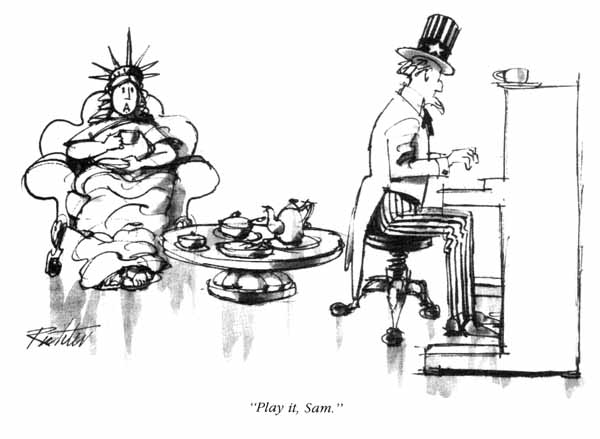 And of course they are beautiful drawings (thank you Mischa Richter).

In addition to his gag writing career, Mr. Scott is the editor of the gag writer’s and cartoonist’s trade journal, The New Gag Recap (available here). The New Gag Recap is delivered monthly by email. It is a comprehensive roundup of the latest cartoons published and is incredibly useful for anyone interested in breaking into the cartoon markets.

And finally, on the subject of collaboration, Mischa Richter: 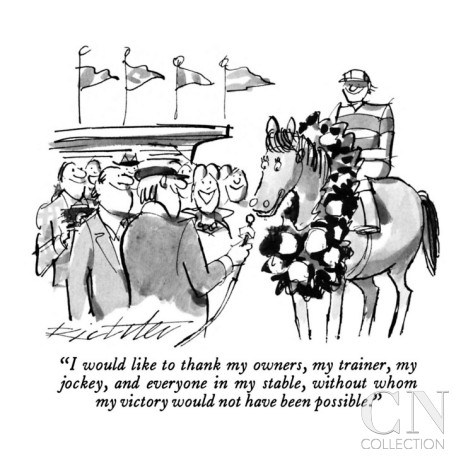