Fake Rolex
On the stop by at town involving Venice, part of Omega'sdesign department was minted with the popular gondolas along with fake rolex the attractively attractive representations involving Neptune’s Seahorse upon each side.
From the DateJust and the Day-Date, for the specialist watches designed be utilized for instruments for fake franck muller any particular career, just like the first Visitors as well as the Turn-o-graph, which led to the actual archetypal Submariner, your GMT Grasp and the Milgauss and then your Cosmograph (Daytona) last but not least the actual Sea-Dweller and the Internet explorer 2.

How Do You Solve a Problem Like a Gag Writer? or Ceci N’est Pas Une Ideé

How Do You Solve a Problem Like a Gag Writer? or Ceci N’est Pas Une Ideé

I use gag writers. I also do my own writing. I do both. When I first started using gag writers, I decided I would give credit where credit was due, so when submitting a finished idea supplied by a gag writer, I would credit the gag writer by writing “w/so-and-so” underneath my signature on the drawing. 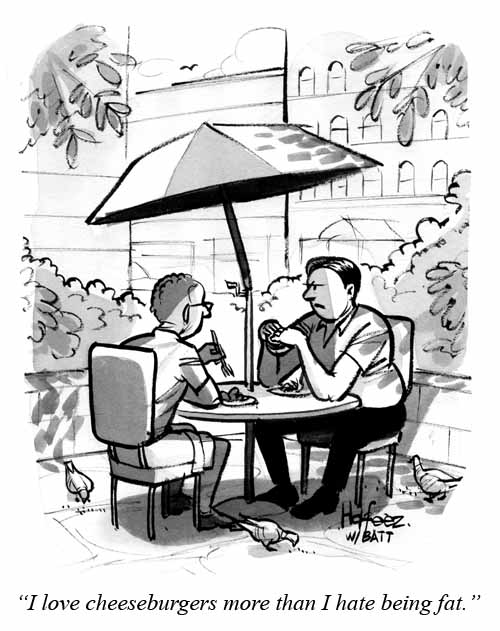 That was fine until I got to the New Yorker magazine and I received a panicked call from the Table of Contents people, the Friday it was going to print, wanting to know who “Batt” was and what part did he play in the creation of the cartoon. Did he draw it, did he write it, what’s going on here? I realized that it was not clear to readers what that means when I write “w/so-and-so” beneath my signature. I hadn’t really thought it through.

The conclusion I have come to is this: the drawing is signed by the artist. The credit for the idea/caption etc. is given outside of the cartoon. Either in the “Table of Contents”, in the case of The New Yorker magazine, or on my website, in an interview or a book or whatever. For those interested in who wrote the idea for any cartoon I’ve done, all the details about each cartoon, including writing credit is listed next to the cartoon in my website. But when it comes to the drawing, whosoever maketh the drawing, shall sign the drawing. If a gag writer wants their signature on the drawing itself, they are welcome to contribute their labor to the making of the drawing.

Here I am making a distinction between the idea and the drawing as an object in and of itself. Magritte made a similar distinction with his famous drawing of a pipe, underneath which is written in French, “This is not a pipe”. 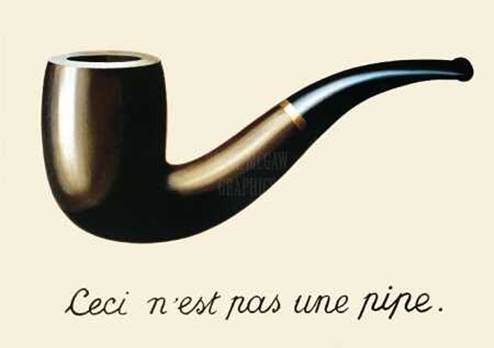 In other words, it is a representation of a pipe. An actual pipe is an object in the physical world. In a similar way, I am making a distinction between a gag idea and the drawing itself—the ink and paper object that is physically fashioned by the artist. By signing a drawing of an idea supplied by a gag writer, I am saying of the drawing, “This is not an idea”. This drawing is an object that I made out of pencil, ink, and paper.

Now, when I submit a drawing of an idea supplied to me by a writer, I direct the The New Yorker‘s Table of Contents folks to credit it to, for instance, “Kaamran Hafeez and Al Batt”, and I sign the drawing. From that, a reader can surmise that the second person listed in the Table of Contents contributed the idea.

The only difficulty with this approach is that the Table of Contents in The New Yorker says “Drawings by …”. I would call them either “Cartoons” or “Idea Drawings”. Apparently when a cartoonist is offered a staff contract by The New Yorker magazine, in the contract, cartoons are referred to as “idea drawings”. This is a legal contract where every word has a distinctive meaning. Therefore, as far as The New Yorker magazine is concerned, a cartoon is both an idea and a drawing. The gag writer is responsible for the idea, I am responsible for the drawing. Quod erat demonstrandum.

By the way, I highly recommend you check out Bob Mankoff’s TED talk on the anatomy of a cartoon. It is hilarious viewing and in it he talks about his first contract and the use of the term “idea drawing” to denote a cartoon.